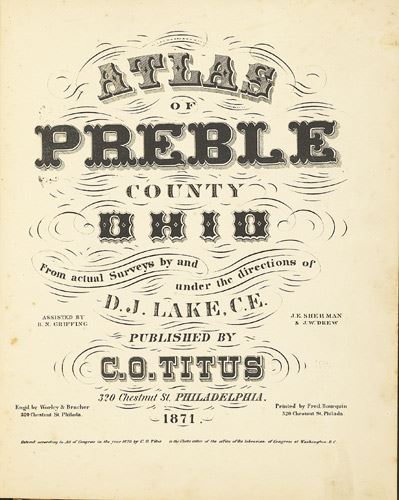 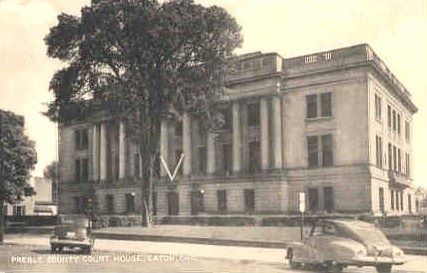 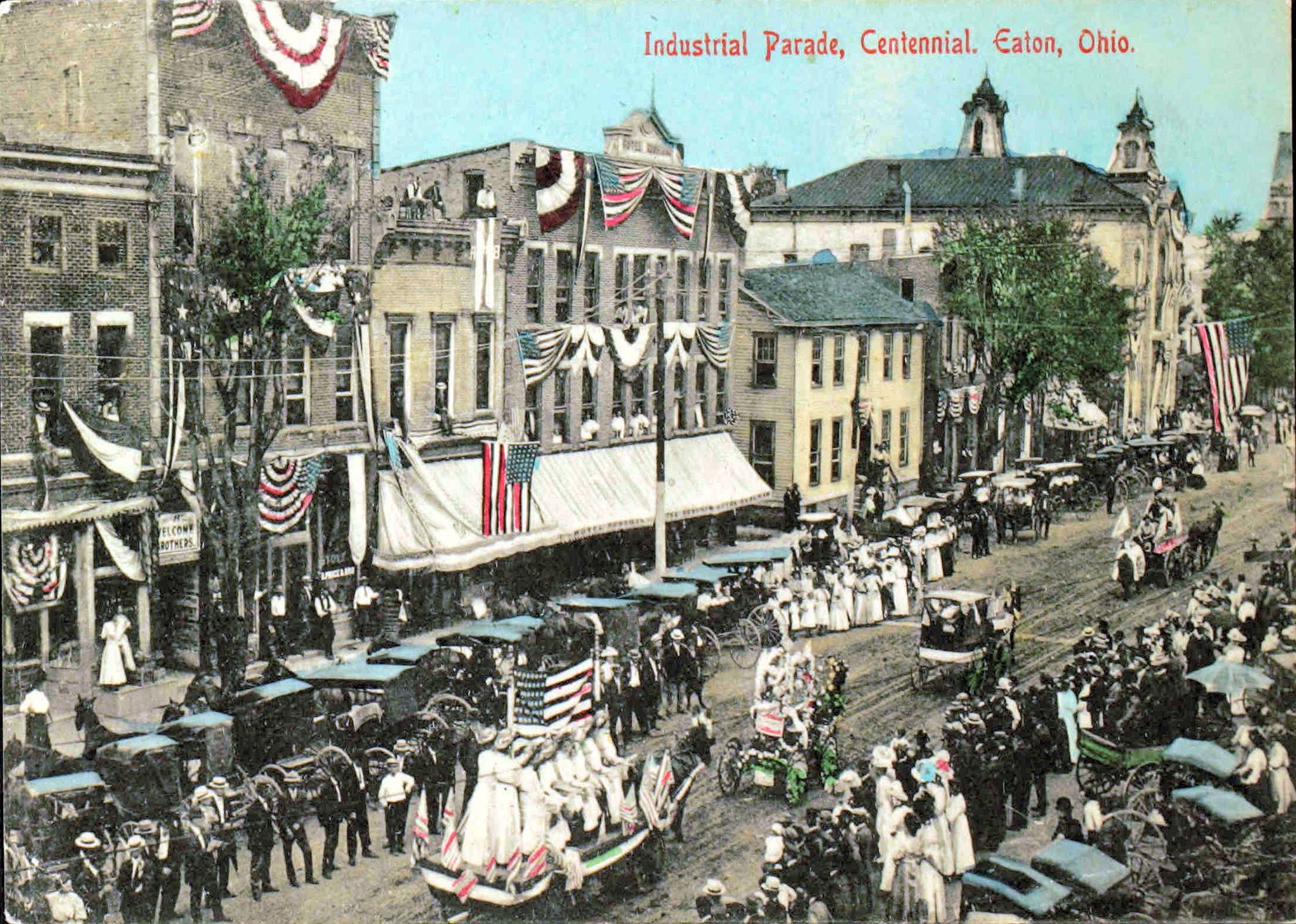 Preble County was settled in 1798 by John Leslie and was established as a county in March of 1808, five years after Ohio was admitted to the Union in March of 1803, as the seventeenth state of the United States of America. The county was named for Commodore Edward Preble who served as the Commander of the American Naval Fleet in the Mediterranean during the Tripolitan War, as well as in the Revolutionary War and the War of 1812.

Preble County has only one city, Eaton (the county seat), which was named for William Eaton, the U.S. Consul at Tunis during the Tripolitan War. This war influenced not only the naming of the county and its only city, but the names of many streets and communities throughout the county as well.

In addition to the city of Eaton, there are several villages located in the county: Camden, College Corner, Eldorado, Gratis, Lewisburg, New Paris, Verona, West Alexandria, West Elkton, and West Manchester, and there are a dozen townships: Dixon, Gasper, Gratis, Harrison, Israel, Jackson, Jefferson, Lanier, Monroe, Somers, Twin and Washington. These communities are connected to each other and to the outside world by a network of roadways including 1-70, U.S. 127, U.S. 35, U.S. 40, and ten state routes.

Nearly three quarters of Preble County is farmland and it consistently ranks in the top ten in hog and corn production for the state of Ohio. Most of the county's communities remain small and the atmosphere is pleasantly rural. Annual festivals and events draw visitors and participants from all over the county and beyond. A few of the celebrations of the rural lifestyle found here include the Black Walnut Festival held in Camden, the Preble County Pork Festival, the Preble County Fair, Derby Days Celebration in Lewisburg, West Alexandria's Oktoberfest, the Chicken Barbecues held twice a year in West Manchester, the Apple Fest in New Paris and Eaton's White Christmas.

One of Ohio's finest state parks is located in Preble County. Hueston Woods State Park is located on Acton Lake, just off State Route 732 in College Corner in the southwest corner of the county. Offering everything from rustic camping and hiking trails to a beautiful modern resort complete with an 18-hole championship golf course and indoor and outdoor pools, Hueston Woods is only an hour drive from King's Island, Dayton and Cincinnati.

Preble County has become the perfect place for those who love the quiet rural home life, work, or for play, yet desire easy access to big cities such as Dayton, or Cincinnati, Ohio, or Richmond Indiana.